Since more than 20 years, Microsoft has been shapingunique and advanced business solutions for enterprises all over the world. As a leader in product innovation and one of industry’s greatest problem solvers, it has enabled several modern day organizations to maintain a fine balance between costs, usability and critical risk factors. Identifying this increasingly impressive company at a very early stage, CHASSasia, founded in 1991 combinedMicrosoft’s technical assistance to create its own product suites that can deliver better user experience and simplify client’s technology investments seamlessly.

The company back in 1993 committedan upfront sale of 50 copies of Windows NT Workstation as well as invested its skill set and resources into Microsoft NT deployments. This became the starting point of CHASSasia’ssuccessful partnership with Microsoft. Yun Ta Ming, Group CEO, then one of the first Microsoft Certified Systems Engineer – MCSE, specially mentions, “In hindsight, we do admit that it was a bold financial commitment that was made by a relatively small and growing company then on the upfront purchase and stocking of NT Workstation Software Packages.”

A strong commitment to adapt to the latest Microsoft technologies has made CHASSasia build one of the most robust infrastructures for supporting Microsoft services.Today, the company is hugely recognized as Microsoft’s foremost technology partners in the Asia-Pacific regionthat includes Singapore, Malaysia, Thailand and Brunei. It has already been included in the exclusive Microsoft Large Account Reseller Channel, normally only awarded to Global MNC IT companies and honored with the Microsoft Partner Excellence Award.

Adding to the laurels was Yun Ta Ming’s appointment as Microsoft Singapore Regional Director for three years in 2001. Through its high quality IT services, CHASSasia has maximized business opportunities for customers and has delivered them profitability, innovation and a simplified IT environment.In 2008, with the launch of Microsoft’s Exchange Online initiative, CHASSasia established an in-house development team to facilitate the on boarding of users to Live@EDU in Malaysia as well as Singapore. Yun Ta Ming says, “This is a testimonial of our agile nature, where we were always able to embrace new technology demands and requirements of the Microsoft customer base.”

Currently, 70 percent of CHASSasia’s services revolve around migration and management of the Cloud i.e. Office 365, Azure, EMS.To cope with the ever changing releases of cloud technologies and new licensing requirements, CHASSasia has adopted various strategies that augment the benefits of having a regional footprint.Working with industry leaders, CHASSasia delivered an inspiring cloud based Asset Management Solution (SAMLive) that has consistently driven cost-effective results. CHASSasia group also forging to stay agile and ahead of the competitive curve has also started working with industry partners to adapt in-depth solutions in areas of cloud performance monitoring, management as well as security that is built around Microsoft Office 365, EMS and Azure.

CHASSasia has clearly become highly specialized and skilled as a deployment partner of referral by Microsoft to their customers.To deliver the best of both worlds of the private as well hybrid cloud, the firm work with new brands that are born in the cloud and also continues to work with an array of traditional brands who have evolved alongside such as Hewlett Packard, Dell , Symantec, NetApp, Adobe, etc . “In the future our focus will be on simplifying and innovating technology for enhanced customer experience. Without customers, no technology is good to stay,” concludes Yun Ta Ming. 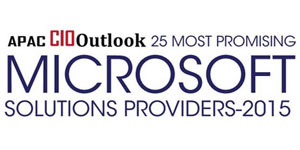